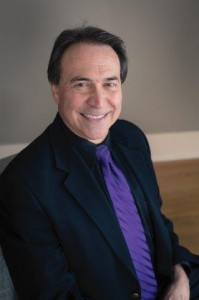 Edward Polochick, Music Director of Lincoln’s Symphony Orchestra since 1998, has expanded LSO’s music series through innovative classical music programs, family concerts, pops concerts, and July 4th events like the Uncle Same Jam. In addition to his role with LSO, he serves as Artistic Director of Concert Artists of Baltimore, an all-professional chamber orchestra and vocal ensemble of eighty musicians which he founded in 1987. Maestro Polochick has served on the faculty of the Peabody Conservatory of Music in Baltimore since 1979 in a multitude of conducting positions including Associate Conductor of Orchestras, Director of Choral Ensembles, and Opera Conductor. Not only is he widely recognized as a conductor, but is an award-winning pianist and harpsichordist and regularly conducts from the keyboard with Concert Artists, the Baltimore Symphony Orchestra, and Lincoln’s Symphony Orchestra. He has also appeared as piano soloist with the Philadelphia Orchestra and the Los Angeles Chamber Orchestra under the direction of Sir Neville Marriner.

From 1979-1999 Mr. Polochick was on the conducting staff of the Baltimore Symphony Orchestra as Director of the Symphony Chorus, founder and director of the Baltimore Symphony Chorus Chamber Singers, and frequent guest conductor. During his tenure with the BSO, he established annual Holiday Pops and Messiah performances which have remained Baltimore holiday traditions for nearly three decades. In the summer of 1987, Mr. Polochick was conductor of the Musicisti Americani Summer Festival in Sulmona, Italy. In the autumn of that same year, he conducted the Peabody Symphony Orchestra in Moscow, the first appearance of an American student orchestra in the Soviet Union. In recognition of the Moscow tour, Mr. Polochick received an ASCAP Award for Adventureous Programming of American Music.

In 2000 Mr. Polochick received the Peggy and Yale Gordon Achievement Award and was made an honorary member of the Baltimore Music Club. Two years later he was awarded the coveted Johns Hopkins University Distinguished Alumnus Award. In 2004 he was named Baldwin Scholar at the University of Notre Dame of Maryland where he held lectures, demonstrations and panels on the creative act of music. He was awarded the ‘Keys to the City’ by Lincoln’s Mayor Coleen Seng in 2007, and in 2010 received a commission from Nebraska Governor David Heineman as an Admiral in the Nebraska Navy. In 2011 he was the only American to serve as an adjudicator for the Rosa Ponselle International Vocal Competition in Caiazzo, Italy.

Mr. Polochick is frequently asked to share his knowledge and love of music at various lecture series, adjudications and radio broadcasts. Each year renowned broadcaster, Marc Steiner, invites him to co-host his radio program in Baltimore celebrating music of the holiday season. He is also a regular panelist on Face the Music, a radio review program of recordings hosted by Jonathan Palevsky of WBJC-FM, Baltimore. For nearly two decades, he and Mr. Palevsky have been co-hosting WBJC’s annual Christmas Program.

Although Mr. Polochick resides in Baltimore, he considers Lincoln to be his second home. On each visit he contributes to the community through LSO’s public performances, school visits, workshops, master classes, and other educational activities, making classical music accessible to everyone in Lincoln.