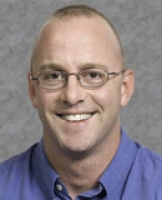 Jeffrey McCray is the principal bassoonist of the Lincoln Symphony Orchestra. He also is the Assistant Professor of Bassoon at the University of Nebraska-Lincoln, the bassoonist with the Moran Woodwind Quintet, and a member of the Colorado Springs Philharmonic.

Dr. McCray holds a bachelor’s degree in bassoon performance and a master’s degree in orchestral conducting from Northwestern University, where he studied with Robert Barris and Victor Yampolsky. Additionally, he studied with Bernard Garfield, former principal bassoonist of the Philadelphia Orchestra, and earned a master’s degree in bassoon performance from Temple University. In 2007, Dr. McCray completed the Doctor of Musical Arts degree at Michigan State University, where he studied with Michael Kroth. He has served on the faculties of Baylor University, Western Michigan University, Albion College, and the University of Michigan-Flint; has held positions with the symphony orchestras of Battle Creek (MI), Lansing (MI), Waco (TX), Allentown (PA), and Haddonfield (NJ); and has performed extensively with the Grand Rapids (MI) Symphony, Delaware Symphony, Opera Delaware, and the Pennsylvania Ballet.

An advocate of contemporary music, Dr. McCray has appeared as both bassoonist and conductor in contemporary music concerts throughout the United States. His recording (on Hungaroton Records) of M. William Karlins’ Four Inventions and a Fugue, for bassoon, piano, and female voice received praise from numerous critics. Recent solo performances include his 2009 solo debut with the Lincoln Symhony of Dan Welcher’s Concerto da Camera for bassoon and small orchestra.  He has also recently appeared as soloist with the UNL Symphony Orchestra and the Colorado Springs Youth Symphony. Additionally, Dr. McCray regularly performs at the annual conferences of the International Double-Reed Society.