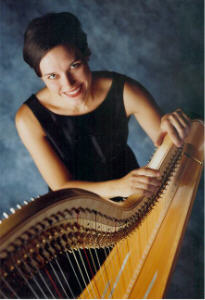 She has performed nationwide as an orchestral soloist and harpist, chamber musician, and recitalist.  Active as a teacher and educator, she was on the faculty for six summers of the Rocky Ridge Music Center in Colorado, a program for young musicians, where she was also a regular performer on the Music in the Mountains chamber concert series.  She has given numerous masterclasses and currently maintains private studios in Omaha and Lincoln.  Ms. Wychulis serves on the board of directors for the Omaha Chamber Music Society and the Great Plains Harp Chapter.