Your Concertmaster for Over 30 Years

Since giving his Carnegie Hall concerto debut, American violinist Anton Miller has appeared throughout the United States and abroad as a soloist, chamber musician, recitalist, and pedagogue.

Mr. Miller has performed over fifty violin concertos with a number of orchestras on four continents. His world premiere performance of Xiogang Ye’s Last Paradise for violin and orchestra in Beijing, China with the Central Philharmonic Orchestra was recorded for broadcast throughout Asia and released on CD. Mr. Miller has also been concertmaster for a number of orchestras, including over thirty years with Lincoln’s Symphony Orchestra and the New Jersey Festival Orchestra. He was also concertmaster for an Argentinian tour of the American Ballet Theatre.

Mr. Miller has made a number of recital and chamber music tours to Europe with performances in Germany, Austria, Switzerland, Spain, Greece, and England. As a member of the Con Brio Ensemble for almost thirty years, he has performed more than a hundred chamber music concerts and recitals in the New York City area. Performances have included such venues as Weill Recital Hall at Carnegie Hall, Alice Tully Hall and Merkin Hall. Mr. Miller’s dedication to expanding the violin repertoire can be seen in his frequent commissions and premieres of the music of living composers. In 2018, Anton Miller and Maestro Edward Polochick celebrated their combined 50 years with Lincoln’s Symphony Orchestra by premiering the LSO-commissioned work The Keys to Your House by Errollyn Wallen. Recently recorded and released CDs include three albums with violist Rita Porfiris (Miller-Porfiris Duo), one of which features new music for violin and viola by composers of the Americas. Another newly released CD features Kurt Weill’s Violin Concerto. Mr. Miller’s complete discography can be found on Dorian, Jericho, Full House, Hugo, Naxos, Klavier, and MP2 Records.

Mr. Miller is currently Professor of Violin at The Hartt School. He previously has been on the faculty of the Oberlin Conservatory, Lawrence University, Swarthmore College, and New York University. Mr. Miller is currently co-director of Point CounterPoint chamber music intensive session for high school students, was a founder and Artistic Director of the Three Bridges International Chamber Music Festival in Minnesota, as well as a co-Artistic Director of the Silver Bay Festival. Past and current festival faculty positions also include Foulger International Music Academy, the Intensive String Quartet Workshop at New York University, Aria International Academy, the Hawaii Performing Arts Festival, the Festival Eterna Primavera in Cuernavaca, Mexico, the Summer Festival of Thessaloniki, Musicorda, Hsing Tien Kon (Taiwan), Bearstown (Korea), Killington, Hot Springs, and New Arts Festival. As a chamber musician he can be heard in concert with the Miller-Porfiris Duo, The Hartt Quartet, Con Brio Ensemble, and the Phoenix Ensemble.

Anton Miller completed his Master of Music degree at The Juilliard School studying with renowned violin pedagogue Dorothy DeLay and chamber music with Felix Galimir and members of the Juilliard Quartet. He received his Bachelor of Music degree from Indiana University as a student of Franco Gulli and was awarded the prestigious Performer’s Certificate.

From the moment he played Beethoven 5, Bobby knew he loved that orchestral sound. 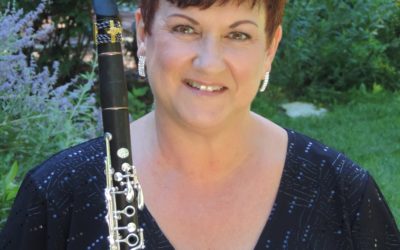 Diane Barger began playing the clarinet almost by accident. Now, she lights up the LSO stage with every performance.